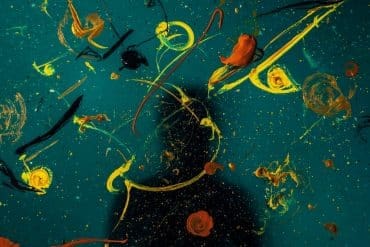 My Journey to Poetry: Nonagenarian Poet Milton Carp Reflects on His Process

In What Ways Do Autoethnography & Painting Go Together?

Flash Nonfiction: The Decision to Medicate 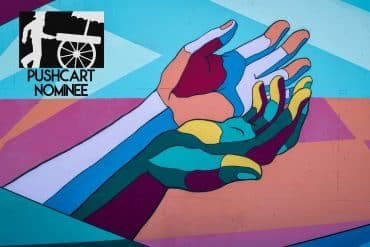 A Quest for Social Justice: Notes on an Encounter

I am a doctoral candidate and Organic Inquiry researcher at Antioch University. My current research is centered around exploring the nature and impact of transformative encounters in teachers. Organic Inquiry is a qualitative methodology in which the psyche of the researcher is one of the primary tools of investigation. An Organic Inquiry both begins and ends with the researcher’s personal story of their connection to the topic, and, as such, self-reflective and autoethnographic practices are an important feature of this work.

One of the main questions I am exploring in my research is how teachers tell stories of the mutually transformative encounters they have with students. I am using poetry as a vehicle for autoethnography and have been reflecting on the following questions: (1) when you really “reached” a student, who were you in that moment, and who were they? (2) have you ever had an encounter with a student that changed your sense of self? and (3) have you ever had an experience of being transformed through love in your work as a teacher?

The poem that I am submitting today is one I originally wrote stream-of-consciousness style back in 2020. At that time, I was emailing back and forth with a former colleague, someone with whom I have been informally exploring these questions of transformation for many years. We were in lockdown mode in the early days of the pandemic, and we were deeply affected by being separated from our students and from the interpersonal relationships that made our work meaningful. I often return to our email correspondence to revive old threads and refresh old ideas, attempting to see them in the new light of our ever-unfolding experiences as teachers.

My revision process for this poem included meditating on the question: how is my sense of self different from having known and loved (and been known and loved by) fifteen years of students?

Over the past year, we have both suffered tremendously in relation to our profession, questioning whether or not we were on the right path and could continue in this line of work. We both have such a deep desire to be in relationship, and in this world moment, so many relationships are in crisis, and we felt that at a visceral level. So when I re-read this poem, I immediately began to and could feel the strength of my connection to students, both former and current, start to come back to me.

I knew that working on this poem, and perhaps even writing a new version of it each year, was important to discovering my own story of my work as a teacher. I see myself as someone whose teaching is shaped by radical love, and I am willing to let myself be changed by my students. My revision process for this poem included meditating on the question: how is my sense of self different from having known and loved (and been known and loved by) fifteen years of students? I called forth mental pictures of each of the students I named. In alignment with the tenets of Organic Inquiry, I invited myself into a liminal space in which my typical sense of self was dissolved so that I could experience a more unitive consciousness. In the liminal realm, and in partnership with spiritual influences, I gathered the stories that make up this poem and started to give them form.

Telling such personal stories about connections to students can at times feel like a risk. Our culture does not have a very developed vocabulary around transformative educational spaces, let alone transformative interpersonal encounters in educational spaces. I am aware that it can come off as unusual or even intrusive to give language to these types of relationships. And yet, I see my willingness to do so as essential to the work of being a good educator. In the end, I know it won’t be the content that lasts, but rather the context, which is to say the quality of the encounter. So I continue to make myself available. I continue to live love as my highest professional ethic.

The Students Teach Me What to Write

Write about the ones who came to office hours every week that first year, the ones who kept coming every week, even after you weren’t their teacher anymore – yes, Katie, who shared a booth and soda bread or a baked potato with you in O’Shag, who invited you home to Rochester Hills to meet her family, who traveled with you to Besançon to see the places that were still so alive in your memory, about how she was the first person who painted something that made you cry, about the breast pump and poem and Madeleine books she sent you in the mail a full decade after the last time you saw her.

Write about standing on the church steps in front of the  bus stop after school on a winter morning, the lake effect sweeping icicles into your hair, where you watched Cialis and Jonathan and Carlos, where you watched Christina, Joy, Jessica, José all huddle, from the place you were paid to stand in so that if a fight broke out you could do something save someone call for help although what could your stature hands head heart have done?

Write about the tactile learners, the ones who wrote poems about  snow in the classroom with the broken heater, posters of Martinique and Guadeloupe on the wall, whose floors you swept and whose boards you washed, this place you wanted students to want to be, that was supposed to be safer than the public schools with the color wars and unionized content deliverers with the Chicago winter streaming through the broken windows, we all found it hard to want things, to want what we could have.

Write about Ceni, who asked you to close the door and told you her story that was also your story, a story about bodies that don’t want to be bodies anymore, a story about waking up the next day and walking around or not in a hollowed-out version of yourself all raw marrow all exposed all clinging to life anyway.

Write about Nikki reading a Bible verse at your wedding and Kelsey signing up for your section of French after meeting you at the gym and Deepak who gave you bottles of wine for your birthday and Jenny who bought every single item on your baby registry when you first was born. Write about Michael whose mother said either pre-med or no money and why throw away your time at Stanford on what you could get on a trip abroad and a few days at the local library. Write write write about Michel who took you to the ballet with his sister, Colleen with her cornrows who left after three classes to join the Peace Corps but not before you gave her a postcard that read On peut toujours replanter un arbre; un homme c’est plus difficile. Write about Erica who loved being Cuban and Flight of the Conchords.

Write about spending a week in the wilderness, among the foxglove and yarrow, a week in the mist of the tumultuous coast, between the estuary and the sea, where you noticed Patrick and Nico deciding that fear wasn’t a thing, that their life was the only thing and that it was only a life if they were towering above the other, above the gulls, with their hearts beating preposterously in their chest. Write about Chloe below, the first one to brave the waves and about Iman who noticed. Write about everything that Iman noticed, notices, with her life helps you to notice. Write about the burning sensation of that gift in your eyes, the unbearable beauty it coaxes you into seeing. Write about how they carried you  when you fainted. Write about how they are still carrying you.

Write about Mona, who was all double-jointed and awkward, who could barely carry her books but wanted to be the base of the pyramid and who were you to turn her away. Write about how her father was late to pick her up every week after practice, so you sat on the steps of the gymnasium while the AA meeting took place behind you, waiting for his tired taxi to pull up. Mohammed always said salaam aleikoum, though he never knew your name.

Write about Laurent, who didn’t want to be a refugee but was, who cried when you confronted him about letting another student copy his homework, who came to your apartment on the last day of school to get all your Firefly DVDs and said, thank you for giving me back my imagination.

Write about Jocelyn, who thought she was fat, but then discovered she was strong. Write about Allen who brought you preserved lemons and just wanted to talk. Write about Enzo roaming the streets of Santa Rosa with packets of cigarettes in his pockets, hoping to use them to befriend homeless people and find out what they need, who wants to give them what they need, who calls the cops on the underage drinkers and still plays Magic. Write about praying with Lukas, meditating with Erin, singing with Alanta, dancing with Savannah. Write about what their parents tell you and what they are trying to hide.

Write about the ones who take your picture without you knowing and send it to you later with a thank you and a smile. Write about how you can’t stop writing about what they write, how they write, why they write. Write because it’s nonsense, nonsense to walk through this life with so many other’s feet in your heart, but here you are still trodding and is this the miracle that you haven’t known how to ask for?

Featured image by cromaconceptovisual for Pixabay;
Photo of students by stocksnap for Pixabay I The AutoEthnographer

Alison Davis is an educator, author, and activist living in Northern California. She holds degrees in literary studies from Very Prestigious Universities but considers her willingness to be like Rumi and gamble everything for love as her greatest credential. Her work has appeared in numerous literary and scholarly publications, including The Sun and SAUTI: Stanford Journal of African Studies. 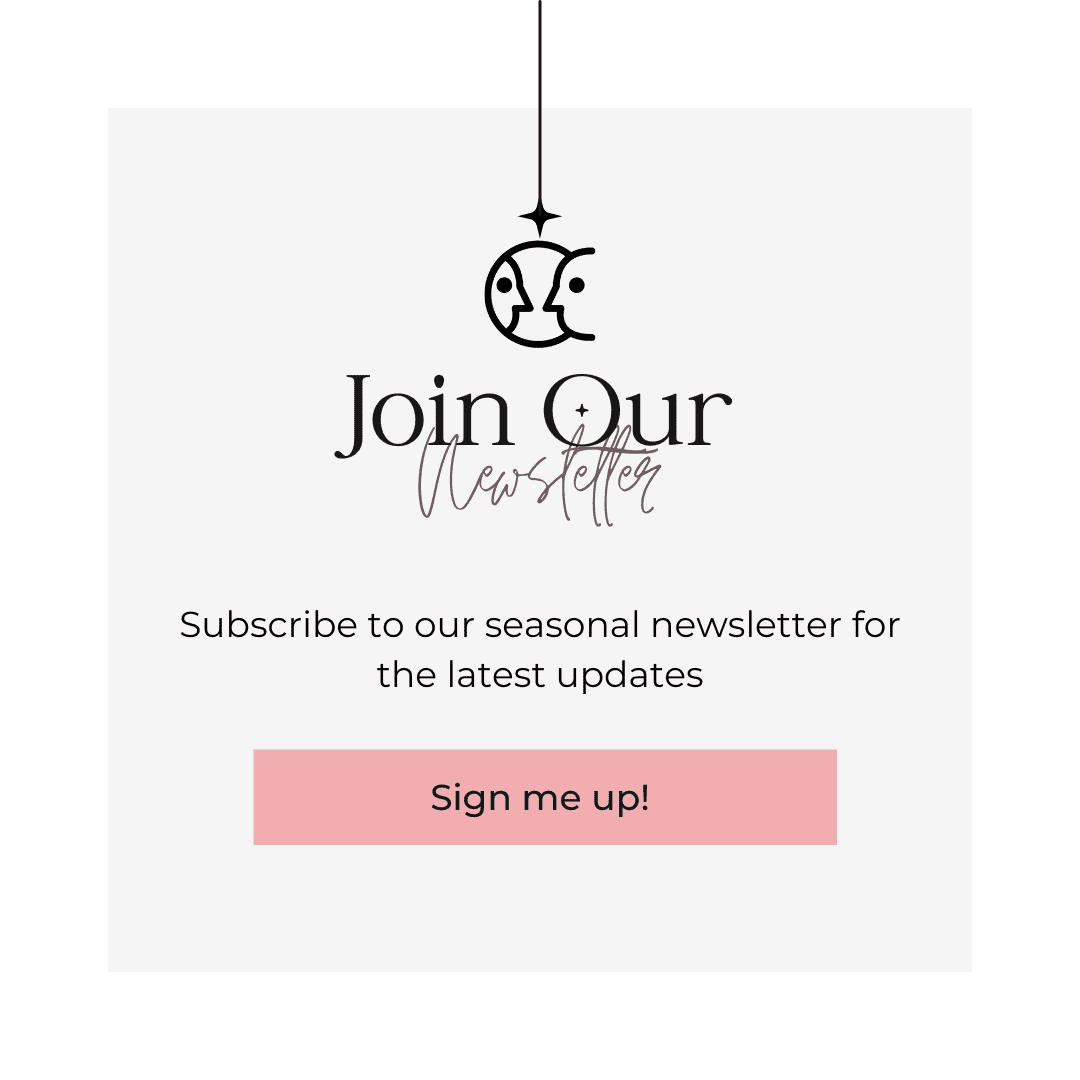