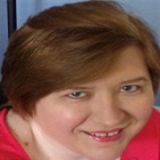 When I thought about my thesis project for the MA in English program earlier this year, 2021, I knew I wanted to write about the famed author J.R.R. Tolkien and his Middle-earth. The quote above is from The Fellowship of the Ring. This quote is part of a scene where Frodo is talking to Sam as they leave the Shire (it’s a memory for Frodo about Bilbo and things he used to tell Frodo), and it was featured in the movie as well. For me, it represents the journey I am on as a writer. Sometimes when you begin writing or reading you never know where the adventure is going to take you. Writing my thesis about Tolkien and Middle-earth was an adventure, especially when trying to narrow down what I was going to write about. Do I write about the languages, the characters, or other aspects of his work? How was I going to approach it? I had so many ideas about what my topic was going to be.

As the time to take my capstone class grew closer, I learned about autoethnography. This would be the first time I used it in writing an academic paper. Using autoethnography was interesting because writing a thesis with personal thoughts about the work and how it impacted me was something I had never done. I made the final decision to look at Tolkien’s world and the few female characters in his work, The Lord of the Rings. The first time I read The Lord of the Rings was in high school and I became a fan of Tolkien after reading it. I was already writing stories but after that I knew I wanted to write fantasy. When I read it, I really didn’t notice that there were only a few female characters throughout the story. As a reader, it was a story of good vs evil and all the main character(s) were male. I think it didn’t bother me because in most stories I had read there was always a male main character and the female was the love interest that needed to be saved. Nowadays, as a writer and reader I enjoy the fact that there are more female protagonists in such stories.

But when I began to do research on possible topics for the thesis one topic kept coming up over and over. That topic was how there are only a few female characters in The Lord of the Rings and how today’s fiction has been evolving into one where the females are the main characters. They don’t need to be saved or just be the love interest. My thesis began to unfold after doing some research on my final topic idea about Tolkien’s world, female characters, female gamers, and the stereotype that females are the love interests or damsels in distress. I chose autoethnography because it allowed me to add that personal angle to the paper because I am a female writer, reader, and gamer. My thesis gives readers insight into the impact of the book(s), movies, and games that are set in Middle-earth on me as a female writer and gamer.

The character that most had an impact on me as a female reader was Éowyn. I think that is because her character was the only one out of the few female characters in The Lord of the Rings to have a complete character arc unlike the other females. She is a character that showed strength and determination throughout her storyline. She went into battle alongside her brother and uncle without them knowing it was her. Éowyn had something to prove to herself more than to prove herself to others. She wasn’t a typical female character in fantasy stories of the time. She was used throughout my thesis as a comparison to how even then female characters were beginning to be written in a way that went against the hegemonic portrayal of them.

As a female gamer, the thesis allowed me to share my thoughts about the gaming world and the portrayal of female avatars/toons within games. I chose The Lord of the Rings Online because it is a game I play, I have played it for years, and the one thing that I realized while writing the thesis is that the environment among players in that game is a lot better than in some games for females. In that game, females aren’t treated as damsels that need to be saved or shouldn’t be playing the game. The female toons aren’t objectified like in some games. The female characters are created and have the right type of clothing and gear they need. They are not barely dressed characters like in some games.

I saw the thesis as a way to give readers that insight I mentioned earlier by sharing my thoughts on the topic of female characters, writers and gamers. Although in Tolkien’s The Lord of the Rings there are only a few female characters they are powerful in their own ways. Éowyn, Arwen and Galadriel all bring something to the story even if the later two are only mentioned a few times throughout the story. Galadriel does have some interaction with the fellowship but neither she nor Arwen get a full character arc like Éowyn does. The thesis allowed me to dig deeper into my own personal views of the story and why I like Tolkien’s work.

In the end, Tolkien’s Middle-earth had an impact on me for many reasons. The thesis was a fun passion project of mine. The one thread about the female characters has led to many other possible ideas to research and write about in future papers. It also renewed my passion for writing about female characters who are the protagonists and are fierce, strong people who don’t need a man to save the day for them. I look forward to bringing more of my journey about Tolkien and my view on female characters to readers of The AutoEthnographer in the coming months.

Diane and her family live in South Carolina with their three cats. She is currently working on several fiction projects. She graduated in 2019 with an MFA in Creative Writing with a certificate to teach writing online from Southern New Hampshire University. In 2021 she received an MA in English from Southern New Hampshire University. You can follow her as she continues her journey of Tolkien's world of Middle-earth in her column "Worlds without Women". You can find her on Facebook @drigginsauthor.