Jay and June: A Walk in Gilead 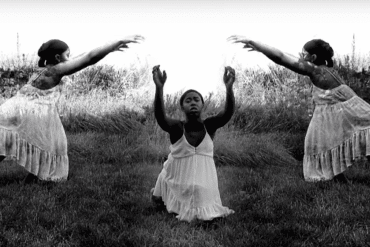 My Journey to Poetry: Nonagenarian Poet Milton Carp Reflects on His Process

For years I carried my union card with pride; it was a badge of honor that I earned dancing with Ringling Bros. & Barnum and Bailey Circus. The circus was probably the last of the traveling vaudeville shows and worked under the umbrella of the union, the American Guild of Variety Artists.  When I became a member, my unwritten title changed overnight from classical ballet dancer to a dancer with the circus.  I enjoyed my new distinction and belonging to a special world of entertainment.  The term vaudeville describes a variety of performers working in a show together. Acrobats, ballet dancers, singers, animal acts, clowns, magicians, and an endless roster of unusual entertainers participated. Historically, vaudeville began in the late 1890’s and it ended in the 1920’s, but the circus kept the tradition alive.

In the old days of vaudeville, an entertainer performed in nightclubs and restaurants with a small stage. The show changed often which was a benefit for the patrons, but left the performers scrambling for new venues where they could work. The artists competed with each other for work, pay, and applause, but they had a singular goal—to entertain an audience. The pay was usually minimal, but a plate of hot food was often a bonus after the show. The entertainers literally performed for their supper! At the end of the evening everyone sat down for a meal together and temporarily forgot their differences or competitiveness.

While I danced for my supper for years—both literally and figuratively—I have many memories associated with food and performing. The first time I danced for my supper was in Austria, under contract as a ballet dancer with the Stadttheater of Klagenfurt. In a small city without a cinema the only form of entertainment was at the theater. The Stadttheater had an opera and a ballet company accompanied by their orchestra, and an acting company rotating shows. There was something for everyone’s tastes. But all four companies continuously competed for higher wages, more privileges, and better contracts.  Once a year all four groups united for a musical and during my time it was Can-Can. At the end of each show the performers and musicians headed to the Wienerwald Restaurant to share a late night meal and set aside their differences.

Whenever I had a few days off I would take the train down the mountains to Venice, Italy and visit friends. At night I enjoyed dancing in a local discotheque that was frequented by street artists. Harder to find than a Left Bank nightclub in Paris, tourists never found their way to this moldy smelling damp club. Kicking my legs and jumping into splits I gave a performance of the musical Can-Can that I danced every night at the Stadttheater. Then, at four in the morning after dancing all night, the lights went on in the club and the illusion ended. All of us sat down to a late night supper of pasta with aglio, olio, and pepperoncino prepared by the owner…a way to say thanks for the performance.

Two years later, I began my first week at the circus training camp in Venice, Florida.  Hundreds of performers and workers gathered together to get the show on the road. From the very beginning, the class system in the show was quickly explained, but at meal time we were all equal. The pie car on the circus train was the place that united all classes, especially on long trips from one city to the next.

On lengthy trips, performers and workers were restless from the claustrophobic reality of the days and nights on the train.  No touristic stopovers—only the frequent stops every three hours to water the animals— which made the trip endless. During the long haul, the pie car always remained open for card games, lively discussions, to share books, or to form new friendships with the people at your table.

After consuming my breakfast… I sat and drank coffee and finished a book I was reading. Only a big, burly, rough-looking guy named Blackie was sitting across from me and he asked if the book was good. I told him I had finished it and handed it to him.  A couple of days later in Salt Lake City we heard on the radio that Blackie had robbed a bank with a shotgun. All I could think of was that he would have plenty of time to read my book in jail.

Many years later in Italy, three of my dancers were invited to perform at a private banquet in a Michelin-starred restaurant for a group of pharmacists. We waited an eternity to dance and watched with anticipation as the empty plates came out after every course.  Do we perform now? Then the next course appeared with more bottles of wine. Finally, the girls performed, and after the show in another smaller dining room, we were served a feast. We could order anything on the menu we wanted, thanks to our gracious hosts.

“Well girls, tonight you danced for your supper,” I said.

They laughed and ate voraciously.

While I don’t carry my union card in my wallet anymore, I carry the memories in my heart.  Yes—I danced for my supper like the old vaudevillians!  Food can magically and miraculously bring us together. Barriers melt like grilled cheese at the table and we become equals. The spell of a plate of pasta with aglio, olio, and pepperoncino can make us forget our differences.  With Thanksgiving right around the corner—it’s food for thought.

READ MORE IN THIS SERIES

Note: Sections of this article originally appeared in Chasing Castles, 2018, by Barbara File Marangon. The AutoEthnographer may earn from links clicked on this page.

Photo of author with elephant by Gianni Marangon

Barbara File Marangon loves writing fiction and non-fiction, transporting her readers to places where the past and present exist together. She records history from a different camera lens. Born in New York she trained to be a ballet dancer and performed in classical ballets, operas, musicals—and the circus. She traded her pointe shoes to perform with an elephant touring the U.S. with Ringling Bros. Circus. She wrote about it in her first memoir, Detour on an Elephant, A Year Dancing with the Greatest Show on Earth. Her work continued in Italy where she danced, taught, and choreographed ballets for almost two decades, inspiring her second memoir, Chasing Castles, Nineteen Years Living and Teaching Ballet in Italy. Barbara was awarded the Ballets Russes Fellowship at the University of Oklahoma where she taught and received her MFA in Dance. Her writing has appeared in Dance Magazine and Florida Writer’s Magazine. She lives in Florida with her husband and two dogs, and is presently writing a mystery/romance novel that takes place in Venice Italy.