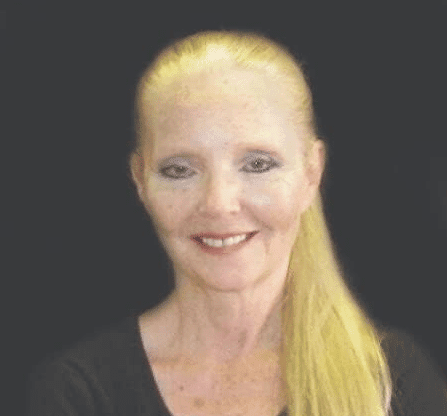 There is something I would like to share with you—I love detours. This information you won’t find in the long or short version of my life, but there is a clue in the title of my first memoir: Detour on an Elephant, A Year Dancing with the Greatest Show on Earth. I’m not talking about the detour you find on roads and highways, though sometimes going off course will produce a new discovery, like a fabulous restaurant or a breathtaking scenic view. Metaphorically speaking it is a life detour—the kind that comes about by accident, choice, or circumstances that one has no control over. I took such a detour—by choice— in 1978 when I hung up my pointe shoes to ride an elephant named Peggy. We toured all over the U.S. with Ringling Bros. & Barnum and Bailey Circus for one year. She carried me on her mighty shoulders in huge arenas with thousands of spectators cheering. Our pas de deux was performed during 650 shows in 25 cities. After a year, I left my circus detour and returned to the main highway—classical ballet—my lifetime calling.

One profound memory I have of that year was crossing the desert in a circus train—my two-mile-long home with performers, clowns, exotic animals, and a dare-devil’s rocket ship. I remember the colors—cans of paint—shocking  yellows and vibrant purples—seemed to have fallen from the sky and been bleached by the desert sands….the copper colors, followed by the fiery reds that signaled the sunset….As an artist, I felt the colors, the lights, and the changes of the shadows.

The train was a traveling city that never put down roots. I lived in a clown car—all my neighbors were clowns and I was the only showgirl/dancer. In the corridor of our car I could hear the soft guitar strings of a silent clown creating background music to the scene before me. Then like a curtain coming down on a performance, darkness fell outside. Usually, I cooked a stew in a big crock pot on the floor. Dinner was ready—the whole clown car and then some were fed that night. One dear friend decided to be helpful and wash the dishes later. Unfortunately, while eliminating the sink water, all the tableware went down the drain and was left behind on the train track! (from Detour on an Elephant)

Fast forward forty years. I traveled to the desert to study the life of the ballerina Marta Becket—the research funded by the University of Oklahoma. I packed my husband and two dogs into an air conditioned van, and we drove from the plains of Oklahoma to the desert of Nevada. I had warned my husband Gianni that the loneliness of the desert would seep into his soul, but only when he experienced it for the first time did he believe me. I realized at that moment the depth of Becket’s decision to remain there forever.

Arriving at our destination, I found that the service station where Marta’s car was repaired (on her way to a dance engagement in California fifty years ago) was permanently abandoned. From here I looked at the small Amargosa Opera House and imagined her thoughts—a revelation— she had found her home. An involuntary detour changed the course of her life.  I could see a tiny one story hotel with a few rooms situated at the far end of the opera house.  A series of run down storefronts connected them in an L-shape form. A guide from the hotel took us for a tour of the closed theater. The chill inside was a surprise after the extreme heat, but in January the nights are cold in the desert and it remained in the theater. A round stove on the side of the audience kept the artist and public warm during her nighttime performances.  But who came to see her dance in the desert back then?

The walls and ceiling of the theater were covered with art. Marta Becket had no audience so she painted them. Art observed art every night at the opera house. I couldn’t imagine how she painted for hours in the desert heat every day to achieve this masterpiece. On this particular winter day we were the only visitors, but over the years people from all over the world have come to visit her temple of art and see her performance. Now there was a haunted atmosphere to the place which seemed to be confirmed by one of my chihuahuas who kept crying.

Before leaving, I asked the guide who knew Marta.  Did she ever say why she decided to spend the rest of her life here in the desert? The guide thought and then answered; “She didn’t want anyone to tell her what to do.” It seemed extreme to endure such hardships for artistic freedom but I came to understand this choice. I sat outside the opera house at a little table with two chairs and imagined what I would say to her. Marta died the year before at the age of 94. Maybe we could have exchanged stories about the desert, detours, and inspiration.

My advice is to savor your detours, and like the desert—let them inspire you. If you happen to pass through Death Valley be sure to visit the legacy of Marta Becket, the Amargosa Opera House. Every night the spirit of Marta Becket dances in this lonely, mysterious place. The same spectators applaud her year after year frozen in time on the walls of the theater. And, for the adventurous—there is a train track that crosses the desert where rusty dinnerware is still waiting to be recovered—a relic to the days when the circus train traveled the desert. Both are symbolic of the hopes and dreams of two ballet dancers from the Bronx that took a detour.

Barbara File Marangon loves writing fiction and non-fiction, transporting her readers to places where the past and present exist together. She records history from a different camera lens. Born in New York she trained to be a ballet dancer and performed in classical ballets, operas, musicals—and the circus. She traded her pointe shoes to perform with an elephant touring the U.S. with Ringling Bros. Circus. She wrote about it in her first memoir, Detour on an Elephant, A Year Dancing with the Greatest Show on Earth. Her work continued in Italy where she danced, taught, and choreographed ballets for almost two decades, inspiring her second memoir, Chasing Castles, Nineteen Years Living and Teaching Ballet in Italy. Barbara was awarded the Ballets Russes Fellowship at the University of Oklahoma where she taught and received her MFA in Dance. Her writing has appeared in Dance Magazine and Florida Writer’s Magazine. She lives in Florida with her husband and two dogs, and is presently writing a mystery/romance novel that takes place in Venice Italy.