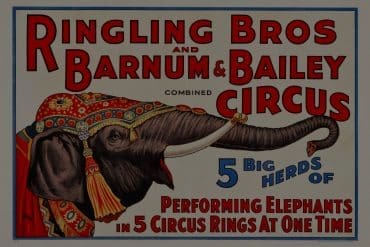 What Do Editors Look for When Reviewing Evocative Autoethnography?

Woman with flowers at funeral by idodesign for Pixabay

Being in the death profession, I am often asked what the “worst” kind of funeral is. Is it a service for an infant, or a ninety-year-old man leaving behind his wife of seventy years? Is it a suicide? A murder? Which is the worst? Which is the saddest?

I can tell you one thing – there is no comparison to these. I don’t cry often at funerals – I do my best to separate my emotions from work – but I have wept at both the service of a middle-aged man and at the grave of a three-year-old child. As a young apprentice, I remember the distinct wailing of a mother who lost her son to a freak accident, and I snuck off to the bathroom to shed clandestine tears myself.

It is wrong to compare deaths, in my opinion; each life matters just as much as the next.

But there is a special type of hollow melancholy that occurs when there is no one to grieve for a person who has died – or when there is an unapologetic apathy emanating from the next-of-kin.

I am reminded of Hannah.* Hannah was twenty-one and had her life ahead of her when she cut it short with a knife to her wrists. Her parents purchased a simple cremation without services and gave the unwanted ashes to Hannah’s aunt.

Another man – a ninety-year-old veteran – passed away one spring morning. His family paid for a full traditional service, but didn’t come to the funeral. Only one person was in attendance. My staff and I stood in the back and watched as the flag was folded and presented to no one. We then drove him to the cemetery where the minister presented the committal service to a row of empty chairs.

The Challenges of Being a Woman in Bangladesh: Asha’s Story

I cannot judge how one grieves – or, alternatively, how one doesn’t. All I can do is carry the sadness that has been assigned to me for a little while like a child who was gifted a flower. When the flower wilts, I know my time of second-hand grief has ended, and it is up to me to remember the decedent’s name if no one else will.

However, my arms are getting tired from all these flowers.

MORE IN THIS SERIES

Featured image by idodesign from Pixabay

Hollace Sheppard is a funeral director in the United States. She has been in the death profession for nine years, working at a number of funeral homes across three states. She obtained her undergraduate degree in funeral services and is currently pursuing a master’s degree to fulfill her dream of teaching. Hollace lives in the south with her husband and five children. In her spare time, she enjoys reading memoirs and writing fictional stories.