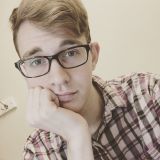 I am Tired –
I am the struggle to lift your foot up your apartment’s stairs
After a twelve-hour shift.
I am the shuddering breath you take when:
You cry
Your lungs fail
You die.
I am the heaviness of your eyelids
Urging them closed while you sit behind the wheel of a car.
I am morphine and too much valium,
Pushing you into a needed sleep –
With or without doctor’s orders.
I am the tears that stain your face
When you cry, “It’s too much.”
I am the comfort of oblivion.

I am Tired, I suggest you sleep.
But be wary of nightmares behind closed eyes
Because you will wake to the torture-dream that is life.
I would say I’m sorry, but “I’m Tired.”

Photo by Jordon Conner on Unsplash

Yea, my country walks
Through the Valley of the Shadow of
Death.
I fear Evil.

When did Evil take such hold,
Such strong a grip?
When was the end of
America, the Free, Home of the Brave?

This is America, the Weak,
Home of the Depraved.

“Shame on POTUS for pouring gasoline on this fire”
Shame on us all for allowing bedlam’s rise.
Shame on you and me, Right and Left,
Shame on America.

When you light a single Redwood on fire,
It is not a surprise when an inferno rages.
When you fire one shot,
It is not a shock when war breaks out in the streets.

My country burns, it walks with Death.
There is shame abounding, for one and all.
May God bless this country’s fall.

Photo by Cristian Palmer on Unsplash

It’s like treading water
In a room filling with water.
At first you are just standing in a puddle of water,
But soon you are being lifted from the ground by water.
Kick up, up, up in the water:
Pushed toward the ceiling by rising water.
Soon, neck underwater –
Too soon, face underwater.
There is no exit, because everything is sealed by water.
All around: water, water, water.
Is this treading water
If the room is water?

How long can you hold your breath?

Photo by Engin Akyurt on Unsplash

Do you hear that?
Listen…
It’s the sound of silence –
Hundreds of thousands of Americans,
Millions across the globe.
I mean, they made a lot of noise alive,
Coughing, wheezing, machines beeping.
But that’s all gone now.
We have silence now.

They wear a permanent mask of silence
Because you couldn’t wear one to grab toilet paper,
Another thing of soap when you went to the store.
I’m so glad you have your liberties:
I hope you can deal with their deaths as the cost.

Photo by Lana Soosar on Unsplash

You think that you are made of titanium,
Your friends made of diamonds,
Your family of reinforced steel.

You think invulnerability –
You are wrong.

You mistake aluminum foil for titanium.
Diamonds are the thinnest pieces of glass, already cracked.
Your reinforced steel is rusty, weak – ineffectual.

You are vulnerable –
You are everyone.

Photo by Aron Visuals on Unsplash

Thank God she’s dead now, thank God she’s beneath the dirt.
I am glad she’s in the ground, silent and nonthreatening.
You think it harsh? Unfeeling? Apathetic?
The opposite is true: I see a future of healing now.
I see a moment for those pained by the ending days of her life,
A moment in which they can find peace, rest, ease.
So, I am happy she lies cold beneath the ground.
Her dying no longer hurts my family, which hurts me, which hurts those who love me.
And most of all, her dying no longer hurts her.

Photo by Rhodi Lopez on Unsplash

The grass here is full, lush –
Bursting with springtime.
Your favorite little weed,
The mighty dandelion
Sprouts here and there:
White seeds ready to be whisked
To yellow nearaways.
The clouds are sparse today
And the sun is shining –
“It’s not too hot, not too cold,
All you need is a light jacket.”

I think I heard your laugh.

The church nearby is emptying,
Parishioners leaving with smiles on their faces.
They don’t notice me noticing them.
Their cheer is faraway but brings joy.
This spot was once sad, but I am glad to visit.
I like to be here with you.
I know you’re not lonely, but if you are
Don’t worry, my spot is right there
Next to yours
“Jacob Daniel Meadows, 1995 – ”
Don’t worry, my love, just be happy.
I am living, I am loving. I am doing just fine.

I think I heard your laugh, again.

2020 was one of the worst years for so many people. We, as a world, experienced a global pandemic. COVID took too many lives, so much trust, and so much energy from every human on this planet. We, as Americans, experienced one of the most tumultuous and inflammatory presidential election cycles in recent history. We lost the ability to communicate effectively with each other, we lost faith in news outlets, and many of us lost relationships with people across the aisle.

In early 2021, we experienced in America a domestic terrorist attack on the nation’s Capital Building on the day that Electoral College votes were to be counted, a day that has always been one of peaceful transfer and encouraging leadership. This day, for me, was the tipping point. There were two extreme, polar opposite reactions to the event, with very few falling in the middle. The first was one of terror and outrage: why were Trump supporters attacking the Hill months after victory had been handed to Biden? Why was the tension still so extreme? The answer was, sadly, Trump, himself. The second reaction was one of complacency, with many people saying that it was deserved, either no big deal or the actions of QAnon or Antifa, false on all accounts.

I lost respect for so many people on this day. I could not understand the willful ignorance, the shameful intolerance that led people to believe in outrageous conspiracies and avert their gaze from an outgoing president who decided to end his presidency with not a whisper, but a bang. I could not understand why I was surrounded by people in South Carolina who agreed with the “protesters” and wanted to be there, would have gladly joined in on the raids.​

I realized that I had one overarching emotion following a year of COVID, the presidential campaigns of Biden and Trump, and the attack on the capital: I was tired. This collection is not a response to literary work.

This collection is not a response to art. “Tired,” as I have entitled this collection of poetry, is a response to a year’s worth of frustration, a year’s worth of negativity and constant dread. At no point in the weeks following the attack on the Capital did I feel safe. “Tired,” the titular poem and the collection at large, is an autoethnography looking at the cause of so much pain, so much fatigue. Anthropomorphizing the feeling of being tired gave me creative license to dramatize and explore the real experiences of needing a break, whether that was giving up to COVID, giving up to life, or just giving up to a nap before waking up to the nightmare that was the world. The collection deals with anger, fatigue, loss, frustration, and hope for a new dawn in response to the world of 2020 and early 2021.

I truly hope that you enjoy this collection and that you can relate to it. Know that things do get better, know that Rest and Patience are stronger than “Tired.”​

Jacob Meadows is known by many as Jay, but will publish as Jacob. He is a gay man in small town South Carolina, fighting the good fight through poetry, prose, and local activism. He received his MA in Creative Writing from Southern New Hampshire University in 2020 and his MA in English from SNHU in 2021. You can begin following his continued journey through Margaret Atwood's "The Handmaid's Tale" by reading his column, "Jay and June: A Walk Through Gilead," premiering in August 2021! You can find him on Facebook and Instagram @readJacobMeadows.