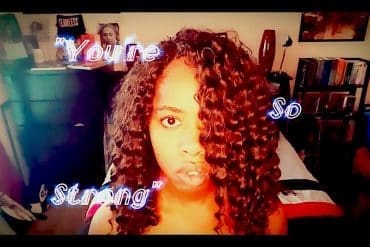 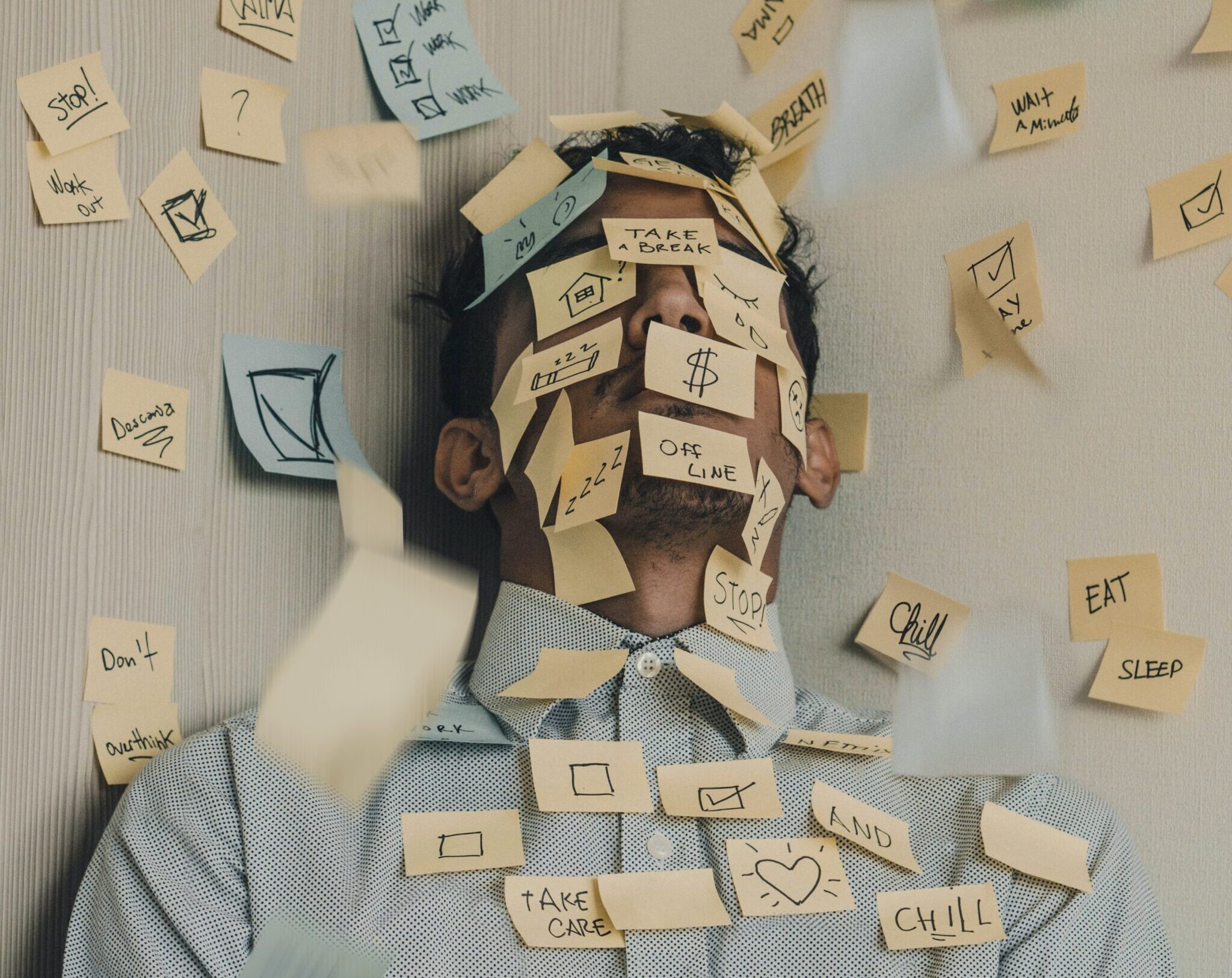 A Poet Investigates Privilege During Life in Nigeria

With my nonfiction short story, I attempt to center international student voices that often get lost in mainstream conversation, media, and creative writing. The international student community in the US has been playing a very significant role in the academic community and the US economy. Yet, their concerns are often unknown or go unnoticed. I hope reading this piece will inform readers of situations, concerns, and issues specific to the international students, who are also one of the most vulnerable immigrants, especially during COVID-19 and otherwise.

The author and his Nani Maa

My Nani Maa (maternal grandmother) passed away two days after my birthday in 2020 on November 06. She was 78 and one of my early role models. I still remember the day when I received the news of her demise late evening in India, which was an early morning for me in the US, the same day. Part of the reason that day is so vividly fresh in my memory, even if it has been almost 15 months that my Nani left this world, is because I am guilty of staying miles away from her. I couldn’t go to India for the past two years due to COVID-19 uncertainties and be with the rest of my family to help them navigate through this earth-shattering loss when they needed me the most, a sad reality of many international students.

It was a Friday. I called my Massi, a Hindi word for mother’s sister, to take an update on my Nani’s health. It had become a new habit for me to do so because it was less than a week that my Nani Maa got discharged from the hospital, and we were all happy that she had started responding well to the month’s long treatment she had been receiving in the hospital. She had fallen from her bed in her sleep in October 2020, due to which a vein in her brain had burst, and she had to go through an emergency brain surgery.

When my Massi picked up my Facetime video call on November 06, she was struggling to catch her breath, and the glasses of her spectacle were frosty.

I disconnected the call, and I could hear my heart starting to race. I started chanting Mahamrityunjaya Mantra, a mantra to overcome the fear of death which my Nani taught me when I was five. My eyes froze at the photo frame on my study desk placed even today in which my Nani Maa and I are smiling, and our faces in it are covered in Holi color from 2018. That Holi was the last festival, I celebrated with my Nani Maa before moving to the United States to attend my graduate school journey in mid-2018. The same journey that my Nani Maa motivated me to go on when I was unsure if I could do so.

My anxiety of not having any clarity on what was happening back home was survived by my mobile phone, which I checked at least ten times a minute to make sure I was not missing the reply from my Massi. It makes me think about how important mobile phones are for international students. It is almost as precious as air to breathe because that is the only device that connects international students to their families when they cannot be physically present at home and be part of ups and downs.

The end of the first semester of my Ph.D. was a little over a month away. I knew I had had so many assignment deadlines and still needed to give feedback about the course I wa assisting my professor with due the next day, but I felt so numb in my body and brain that I still don’t have the vocabulary for it, even now. Lying in bed, facing the window, and feeling some sun on my face, all I was thinking about was what my Nani Maa told me last time I spoke to her on WhatsApp video call. She wished me Happy Birthday with a smile I would never forget. My Nani Maa, the person known for her extraordinary energy levels, someone who is known for her melodious voice, was wishing me happy birthday after waking up from 25 days in a coma with her shaky, thin voice so that I did not feel sad in this foreign place.

After three hours of gloomy silence in the early evening of November 06, when I hit the answer button to accept the video call from my sister, the first thing I heard was my family howling in pain. I could hear them beating their chests, and I saw my Nani Maa wrapped in the indigo-washed white cloth up to her neck. Her nostrils were stuffed with cotton with her eyes were shut. Her face looked peaceful. My entire family was positioned around her as people sitting around round table discussion. My mother was sitting holding my Nani Maa’s feet, asking her to get up as if she was fast asleep, and here I was sitting at least 13000 kilometers away, watching everyone paying my Nani Maa their last tributes by touching her feet before her cremation. Looking at my younger cousin doing rituals that I was supposed to be doing as the eldest child in my maternal family made me feel embarrassed and resentful. I abhorred myself. I do not think my sister knows this, but I will always be so thankful to her for calling me at that point, showing me my Nani Maa, and giving me the opportunity to be part of my Nani Maa’s last rites. As rituals concluded, I saw Nani Maa on her pyre, which was later put to the fire. I apologized to her for any mistake I must have made unintentionally that caused her pain.

By the time rituals of that day concluded, it was already evening in the US. The day was slowly turning greyer and greyer. I was lying in bed. My stomach was growling, but I was constantly ignoring it, but then my phone beeped. It was my phone calendar reminding me that in the next 15 minutes, I could register for my Spring 2021 courses.

I first decided I would register for the courses later, but then I thought, could I really afford to miss taking courses I want or crucial for my research as an international student? What if I could not register for 12 credits to be compliant with VISA requirements? Contemplating myself, I finally decided to register when the lines opened. This is the uncanny and formidable truth of the international student community. No matter how unearthly the situations in general are, losing visa status takes preeminence. At that point, the only thought that kept me going was: Would my Nani Maa want me to miss anything because of her?

For the next seventeen days, my entire family back home completed all rituals in the middle of the pandemic on high adrenaline and grieved. But at least they were all together there. They could hug each other and cry, but here I was, all alone, away from my family, controlling my anxiety of what if my family members contract COVID when people come to pay condolences for my Nani Maa’s demise? I did not feel like eating at all. I felt emotionally and physically overwhelmed, but I still fed myself regularly because I did not want to contribute to my family’s grief by not eating and ending up in hospital. When you are an international student living away, the greatest favor you can do to your family is taking care of yourself. It became all the more necessary for me when my family was grieving because I did not want to add more stress to my family’s plate.

For weeks I did not have a sense of time. I could not sleep at nights. I would call my family members to provide them emotional support, but they would act their best to show they were fine. In the middle of our conversations, either of our eyes will moisten, and all we have to say to each other is Sab theek ho jayega [All will be fine], which we both knew would never happen. My Nani Maa was the root of our family, and with her demise, all of her children and grandchildren were jolted branches. We had never expected her to go so suddenly. All of this while my teachers were all supportive at school. One of my professors would often check in with me and try her best to be available whenever I needed her despite so many uncertainties in her life. This is also the professor who gave me an opportunity to contribute a chapter in her co-edited collection. I was working on the chapter before my Nani Maa fell from her bed, but after my Nani Maa’s demise, when I received feedback on my chapter draft, I told her that I am not in the state to contribute the chapter anymore because I was struggling to even write assignments for my graduate courses that semester. She supported my decision and told me, “It’s okay. There will be more opportunities.” Her words might sound like something anyone would say, but for me, it was a ray of hope. Something I have not lost. Something that I did not have to worry about at that very moment.

It just does not matter how often we say this, but for international students, their friends in the foreign country are not less than their families. It was true for me, too. My friends who were struggling in their personal and professional lives stayed thick and thin with me while I was grieving and found my lost bearings. All the support I received from my personal and professional communities helped me find a way to honor the life of my Nani Maa remotely on her birthday, which was soon approaching. Very few know that my Nani Maa had an art diploma from Agra University. In my Nani Maa’s remembrance, I took the help of an India-based non-governmental organization I knew via my professional connection that runs afterschool for underprivileged adolescent girls to organize a virtual art competition in which girls drew and talked about their relationship with their Nani Maas. My family and I felt some solace looking at the art created by these girls. My Nani Maa’s name was Kamlesh Anand, survived by Kavita, Babita, Sarita, Vineeta, Vasu, Chetna, Kavya, Daksh, Jaanvi, and I, an international student.

It was a reminder that relying on technology with or without pandemics encompasses a lot of what it means to be an international student, especially during the grieving, along with the usual struggle of dealing with end of the semester stress, pressure, and being in a graduate school.