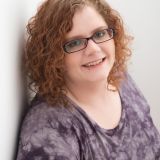 Autoethnography can offer multiple therapeutic benefits. Not only does it allow those with mental illnesses to express themselves, which contributes to a better understanding of self, but it offers a method of healing. Duchin and Wiseman state, “Individuals’ ability to describe traumatic events in their lives is connected to the processing of trauma and healing” (280). As these poems illustrate, my ability to be creatively vulnerable with my mental illness as well as the experiences which contributed to it will serve as a method of self-healing.

2020 was a trying year for a lot of people, and for me, in a multitude of clusterfucks kinda way. I lost a beloved pet, moved across the country, separated from my spouse of 11 years, started my graduate degree, had to make a difficult decision to re-home my other pets, and had a miscarriage. Don’t forget the abusive relationships… Yeah—I wish I could. Sometimes in life, we do stupid shit—like that time I got out of one abusive relationship just to get into another. Although, to be fair, I didn’t even realize it was abuse because it resembled the environment where I was raised. It’s funny how that works—how you can’t see something for what it is until you’re away from it.

I’ve written poems here and there before, but something about all of these events happening really drew me to put words to paper again—or in this case, text to phone screen. When I was writing, I went back from time to time and reviewed the previous poems, but it never occurred to me just how dysfunctional I was until I “retired” them, completed some grueling therapy work, and later read them from start to finish. Being in an abusive situation is difficult, and although it was painful to endure and it’s still painful today, I am thankful I escaped. I still struggle some days—but the struggle I have independently is much preferred to being around someone who is purposely trying to destroy you.

We all have trauma and the only way we can stop projecting our trauma onto other people is to heal. We heal by sharing our stories—vulnerability is powerful.

Image by Pexels from Pixabay

I’m at the top and it’s a long way down, but if I fall, I know the wind will carry me away

Then I’ll flutter down and dig deep in the soil

And even if they try to pull me from the dirt, they won’t be able to

Because I’ll be strong, steady, planted

Sometimes it’s a fucking mess inside

What I really need is a distraction—you know, stimulate my brain

Why is it always night out when I feel most alive?

Chain smoking keeps me coasting through the minutes

And I close my eyes and pray “please take me away”

Maybe I should just be brain dead

And each time, it gets a little harder to throw you back

And every time I cast my line again, you bite a little sooner

Your heart is a muscle—it keeps you alive, but as it beats, you’re dying. That’s what it’s like. Like having your heart in a glass box where no one can touch it. But I feel it beat in me…

It’s a sweet misery. It kills me a little bit more every day, but it keeps me wanting to wake up the next. I’ll dream of all the things that could be, only to open my eyes to the empty space in my bed. But, somehow, you’re still here with me…

How do you wait when you don’t even know what you’re waiting for—or if it will ever come? But I know I can’t walk away, because I want to hear you call my name. Please, will you please just call my name?

I’ve always wanted ECT because it helps with forgetting, but your brain can actually work in this way—on its own. Einstein said time is relative and now it all makes sense; my brain took out the garbage, so what was many calendar years is now just a small sliver in my mind.

How do you stay when it kills you? Because you don’t want to lose it. How can you leave it behind? You can’t. And all the frustrated crying in the world can’t change a damn thing, but you let it out anyway.

So I’ll live each day in a dichotomy; I guess sometimes there’s pain in pleasure. And I’ll keep dreaming of scenarios in my head that may never happen, but I’m hopeful. Or am I just stupid? I guess being in love is like that…

Right in the solar plexus

Who do you talk to when the person you would normally talk to doesn’t want to talk?

You talk to yourself

And what do you say?

You could lose your shit but what does that do?

It can’t change anything. It certainly won’t make it better

So you just keep holding on

What do you hold onto?

Yourself. Don’t lose yourself

Like I want to run and never look back bad

But you keep holding on

And so do I

Why do we both keep holding on?

Image by Robert Armstrong from Pixabay

I’m pretty sure that’s when I obtained

And we didn’t even know until it was too late

You were an asshole—first rate

And then there was the drinking

Was it your fault or mine?

It was like being stabbed in my pelvis with a skewer

And when the passing was finally over

That was our baby. My baby. Your baby.

There’s a version of you that I love and adore

And another one that I hate

I don’t think it’s your fault

But you have to be ready to let yourself be free

I know you said you like that feeling but do you know what being free really feels like?

And you can take as many trips as you like, but they’re not going to get you any closer to your destination

The experts say narcissists and empaths are actually the perfect pair

And they’re both ready

It always drove me a little crazy that you knew me so well, so I can understand why it drives you crazy that I can see right through you, too

It’s terrifying to be so transparent, isn’t it?

Most people I know can’t understand my feelings towards you

And it’s still possible for two lonely, damaged people to come together and get things right where everything else was always wrong

I’m being a little hypocritical right now because while that’s my hope, I’ve also lost hope

I’ll be alright, though, because I’ve been fulfilling my own dreams for a long time

I am a fortress now

I don’t know who they are, but they say two people who are meant to be together will always find their way back to each other

Yes, I know everything, and yes, I’m still here

I don’t hate you

I just hate what you’ve let other people make you

You’re better than that but it doesn’t matter how many times I say it, you have to believe it

But, for good measure, you’re so much fucking better than that

Don’t be lost. Don’t be gone. You’ve been found—now find yourself

Catch a wave and ride it into the sunset, and if you ever get yourself together, you can come find me