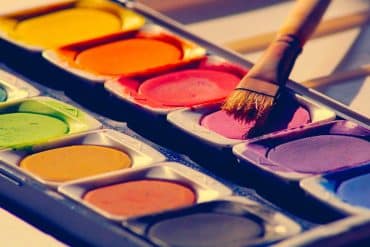 Photo of hibiscus on fire by blende12 for Pixabay

My poem “Damned,” the first publication in The AutoEthnographer’s Bodily Autonomy issue, is a work of autoethnographic poetry because it is the product of my confused reflection and internal conversations with the culture that raised me – a culture that teaches women to simply not expect bodily autonomy – and the culture I now subscribe to – a culture in which all persons regardless of class, color, gender, etc. deserve safety and dignity.

For years, I never labeled this incident as anything. So, in the weeks after I accidentally drunk told the story to my husband, a story I’d never planned to share, I was absolutely baffled by his reaction, and resistant when he and then mental health professionals labeled it as sexual assault. I did not want his consolation. I did not want to be called a victim. It felt absolutely fraudulent to attribute any of my behaviors in the aftermath of this event as PTSD. I must have been the weird one, the couldn’t-hold-her-liquor one, the cried-too-much-one, right? I was embarrassed and wanted to leave that all in the past.

In my absolute confusion and even guilt in the face of these foreign terms people were using, I took to the web – reading blogs, magazine articles, even Reddit threads – and realized that so many other women go through the same experience of normalizing sexual violence for years until something prompts a new definition. Having spent many of my formative years in the church, I know too well how religious texts can be used to prioritize and protect masculine authority (particularly rich white masculine authority) at the cost of others’ voices and validity. What I didn’t know was how deeply those attitudes had impacted me, even years after I’d consciously eschewed them.

“A hundred years ago, no one would have cared!!” I yelled at my husband when he insisted that what happened to me was not normal.

But I am allowed to care what happens to my body. I know that now.

Stop
being dramatic – I just
became afraid of the sun
that summer after so much rain
he wouldn’t look at me
in daylight anymore. Then
every freckle was a threat:
melanoma, squamous cell
carcinoma, a body

not my own.
Time-drenched skin,
every vein, every rip,
burned under fading
dogwood blooms,
so I went to the river at night.

I think of him
and climate change equally,
still catch my breath
when I see an old Chevy Blazer.
Is it fear or….
I recycle and
begin walking endlessly, coated in SPF.
I walk everywhere and get better
at cursing men who stare.

I think of it
and climate change
equally. It is my fault.
I’ve used too many plastic bags,
went along with things for too long.
I didn’t say no.
Eve’s punishment was pain.
A man offered me knowledge, and
I nodded – I wanted to know.

Light streamed through a dirty window
and then –
The garden is burning.

There was so much blood
on his sheets
his towel

my hands
tugging my own silken ribbons of flesh out
alone in a mildewed shower.

Sin would make me
a crumpled flower,
so I didn’t scream

Is Autoethnography Essential to a Successful Business? Podcast with Nadine Khair

when rose petals fell out of me.

Sunlight in a dirty window
and then –
I couldn’t see, just held
my hands away to keep from
clawing like a crazy bitch.

my hands.
Where are

I asked for
this.

I was just
being dramatic –
I just

Featured image by blende12 for Pixabay I The AutoEthnographer